Small and medium-sized enterprises (SMEs) can expect some good news in the upcoming 2019 Budget, to be tabled by the government on Nov 2. International Trade and Industry Minister Datuk Darell Leiking said there may be a lot of incentives to be announced for the backbone of Malaysia’s economy.

“We will leave it to Prime Minister Tun Dr Mahathir Mohamad and Finance Minister Lim Guan Eng to present the incentives as well as budget plans for 2019,” he told reporters after launching the National Investment Seminar 2018 organised by Malaysian Investment Development Authority (MIDA).

Leiking said SMEs’ targeted contribution to the nation’s Gross Domestic Product (GDP) and export share by 2020 had been raised to 41 per cent and 23 per cent respectively, from 37.1 per cent and 17.3 per cent in 2017.

To achieve this target, he said, 32 initiatives would be intensified to develop resilient and sustainable SMEs, including high impact and business accelerator programmes, government financing mechanisms and facilities, as well as the National eCommerce Strategic Roadmap. Meanwhile, MIDA chief executive officer Datuk Azman Mahmud said the agency had proposed a number of incentives for next year’s budget in support of green technology, research and development and industries across the board.

“We want to enhance Malaysia’s investment ecosystem and making it more interesting,” he said.

On investments, Azman said MIDA was on track to achieve its targeted RM200 billion in approved investments for 2018. Yesterday, it announced that the new approved direct investments in the first six months of 2018 stood at RM80.2 billion.

Azman said from January to August, approved foreign direct investments stood at RM43.77 billion, an encouraging growth, compared with RM16 billion recorded during the same period a year ago. 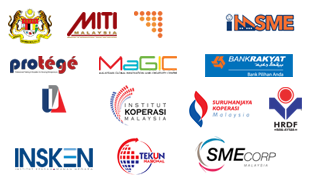